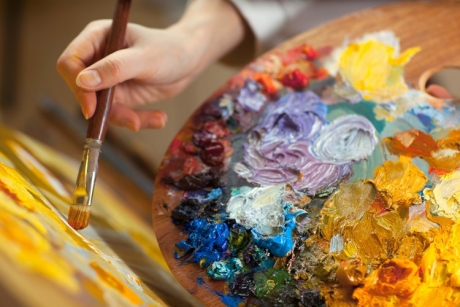 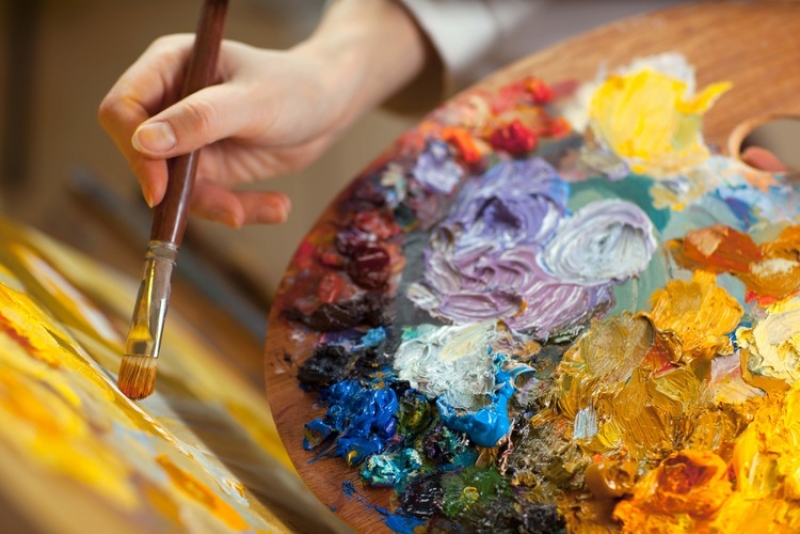 Stefan Jager, nicknamed „the painter of the Banat Swabians”, dedicated his entire life to creation. He lived in poverty, but he left behind an impressive work.

A closed and withdrawn nature, Jager was considered by many to be a misanthrope, making some people afraid of talking to him or crossing the threshold of the painting workshop in Jimbolia, while others, knowing his extremely poor financial condition, invited him to the table, in the family. For him to be able to pay his taxes, wealthy people from the city hall bought paintings from him.

After 1990, Stefan Jager became a symbol of the Banat plastic art, under the consecrated name of „painter of the Banat Swabians”, who crossed the borders of Romania.

He imposed himself especially through the triptych „Colonization of the Swabians in South-Eastern Europe”, a monumental work, exhibited in the central hall of the Adam Muller Guttenbrunn House in Timisoara.

The director of the House of Culture in Jimbolia, Sergiu Dema, and the museographer Cristina Dema presented, for AGERPRES, the professional path of Stefan Jager, highlighting the noble soul of the artist, who, although living in poverty, was generous with other art lovers, who did not have much money, but wanted to buy a work from him.

„The memorial house Stefan Jager was opened in 1969, in the building where the painter lived and almost no changes were made to the building. After 1990, the building reached a rather degraded state and in 1994, with funds especially from an institution in Bavaria and with a smaller support of the Jimbolia City Hall, a part of the memorial house was demolished, because it was in danger of collapse and was built from the ground up. Since then, the rooms have probably been organized differently and is called the Stefan Jager Museum. Today, there is the old part of the building, with a hallway and a room, which is called ‘the painter’s workshop’, and the other rooms are new and have a connection with Jager, but not entirely. For example, there is an ethnographic chamber, it is clear that it has a connection with Jager, because he has painted all his life ethnographic elements. There is a living room, arranged as the Swabians arranged their bedroom. There is also an exhibition hall and a multifunctional room where painting workshops can be held. That is why we call it the Stefan Jager Museum, because it no longer fully corresponds to a memorial house,” Sergiu Dema details.

Stefan Jager was born on May 28, 1877 in the commune of Cenei, near Jimbolia, and after completing his studies in Szeged and Budapest he is attracted by the mirage of Jimbolia, where he settled from 1910 and where he lived until the end of his life, on March 16, 1962. During his studies his father dies, and in 1927 his mother dies, too, which will mark him deeply.

After completing his studies at the Academy of Arts in Budapest, he returned home, he finished his first work, in 1906, at the request of the Romanian community from Carpinis, on the topic of the settlement of the Swabians in Banat. The work is exceptional, but at the inauguration he notices that the traditional costume of the Swabians represented on the canvas does not respect the original line of the garments worn by them. Recognizing the talent of the young Jager, the local community of the Swabians has gathered over 4,500 crowns, the price of four wagons and a half of wheat, and financially supports a documentary journey in Germany, in order for him to study the authentic folk costume on the spot. Upon his return, in 1910, he took out from under the easel a triptych, the monumental work „Colonization of the Swabians of South-Eastern Europe”.

Stefan Jager has an essential place, because he painted elements that are mostly related to the Swabian painting and the historical events. (…) He paints the fields of Banat, the courtyards, the garden with birds, the kitchens, the clothes of the Swabians, the fairs, the children’s play, the beatings between the boys, religious holidays, the feast of the patron saint. But he also painted from the specifics of the costumes of other ethnicities, people dressed in Romanian costumes and who are at the work of the field or grazing the sheep. He also painted historical events, such as the deportation to Baragan or to the USSR of the people from Banat,” says Cristina Dema.

The colonists who arrived in Banat came from several parts of Western Europe, starting on the Danube course, from Alsace, Lorraine, Bavaria, Tyrol or Ulm, 300 years ago, being promised to finding rich land in the fresh Banat liberated from the Ottoman occupation, says Sergiu Dema. But instead they found poverty, empty land, without houses, being forced to erect their homes from the ground up.

In fact, regarding the colonization of the Swabians, it is said that it occurred in three waves (under the reigns of Emperor Charles VI, Marei Therese and Joseph II), the first generation finding here death, the second need and only the third, the bread.

All these aspects were captured by Stefan Jager, who in his gene had the sensitivity and empathy of the artist who neither made a fortune from painting, nor did he leave the altar of plastic creation, on which he sacrificed himself.

„Jager was a man who had problems with money, he didn’t get rich from painting. An elderly lady told us that, together with a colleague of hers, both of whom are teachers, that in the ’50s they went to Jager’s home to buy a painting. They called, he left long waited, and when he saw them he closed the door. The colleague of the one who wanted to buy the painting insisted on calling, Jager returned, they told him what they wanted and invited them to take a place in a room, and he entered the workshop and continued to paint, in silence. After tens of minutes, the two ladies began to make a little noise, to draw his attention that they are still there. He came up with a catalogue of paintings to study it. After another good few minutes, he asked them which of the paintings they wanted to buy. They chose a painting that represented a courtyard with birds, specific to the Swabians. He asked her what she was doing for a living, she said she was a teacher, and he said, ‘Well, you don’t have the money to buy this painting.’ The lady lost momentum, then asked her what her monthly salary was, he found out that it was very small and Jager said, ‘Look, I’m not asking you for the price I told you the first time, give me only a part of your salary and take the picture.’ Then Jager told both of the two teachers: ‘Do direct the children to art in your profession,” said the director of the House of Culture in Jimbolia.

Sergiu Dema mentions that the former curator of the Stefan Jager Museum in Jimbolia, Maria Schultz, told him about the visit of a delegation from Croatia, which represented UNESCO and wanted details about the works of the „painter of the Banat Swabians”, in order to be included in the UNESCO heritage.

In the 50s of the last century, Stefan Jager was decorated with the Order of Labour, but it did not bring him any material support. He often had to paint on plywood, enduring hunger and cold. Towards the end of his life he was helped to subscribe to the social cafeteria of the city. The painter was never married and had no children, and when he passed into eternity he had in his work the painting „Portrait of a peasant” and the watercolour „The road of cart through the wheat field”.

The five rooms of the memorial house, which became the Stefan Jager Museum, are structured in an ethnography department, an archaeology department, a room with photographs of the personalities from Jimbolia, a meeting room, a living room and a bright corridor for exhibitions, which take place on different occasions. The painter’s workshop remained unchanged and includes objects that belonged to the artist, 11 works in oil, watercolours and sketches.

„Today, there is an international Symposium of art Stefan Jager, financed by the mayor’s office for over 10 years, the curators are two artisans from Timisoara and annually bring together artists from several corners of the world who come, stay in Jimbolia and create on different topics. Some of the works they take with them, some remain either at the Museum of Jimbolia or at the organizers of the event. There were also some editions of a Ceramics Symposium, as Jimbolia was famous for the ceramic industry, and Jager used to go on these identity elements,” points out Sergiu Dema.

In memory of Stefan Jager, a bust of the painter was erected in the courtyard of the museum. 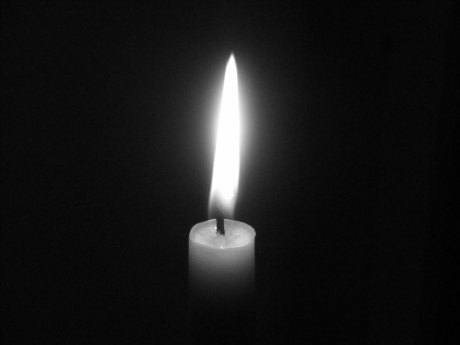 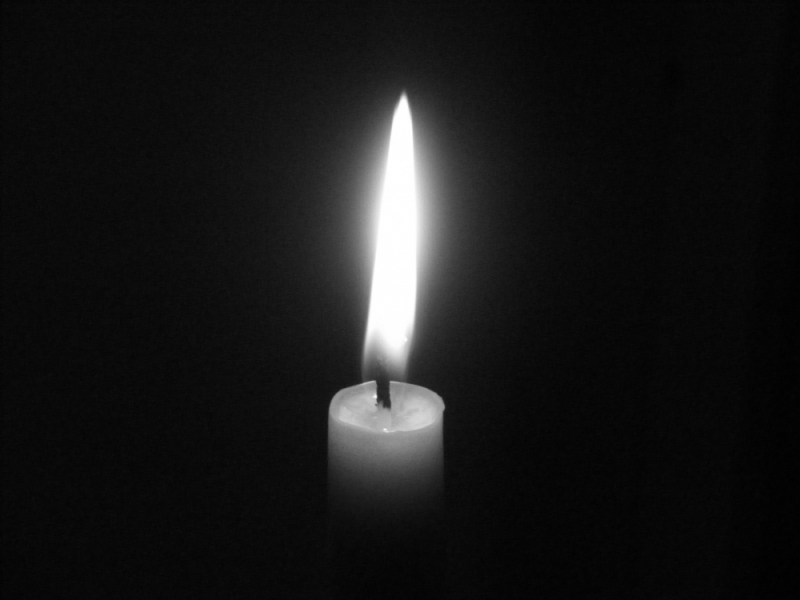 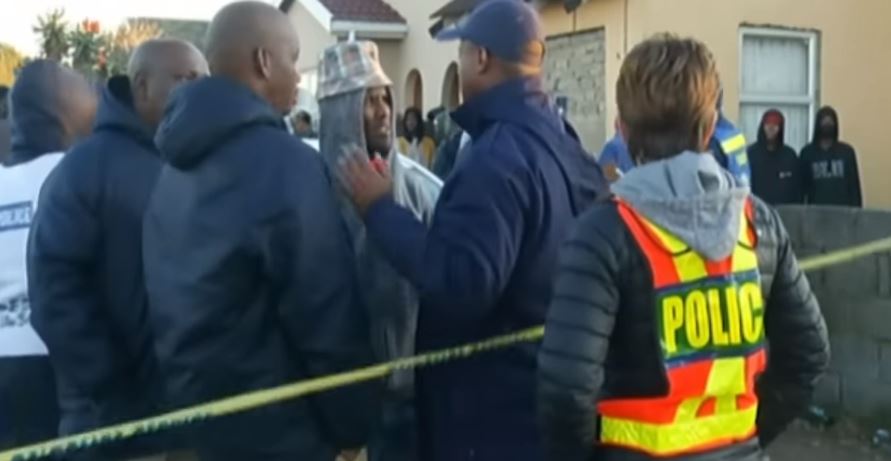 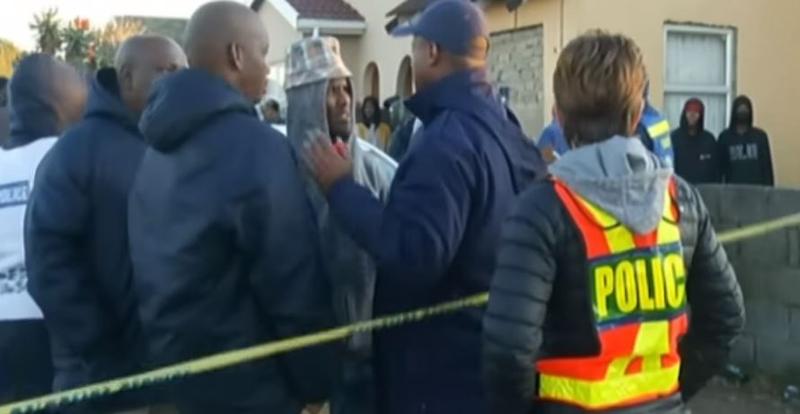